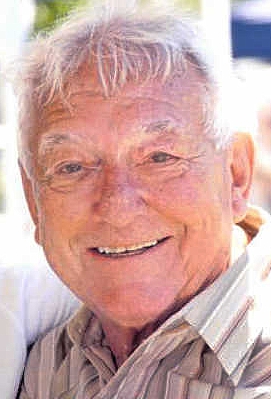 Alaska communications pioneer Connel Murray died June 14 in California. A business leader in Anchorage for more than 30 years, Conn was one of 10 original members of the PRSA Alaska Chapter and affectionately known as the “Father of Alaska Advertising.”

Conn and his wife, June, founded Murray Alaska in 1968. Later, the company was known as Murray, Kraft and Rockey (MKR) and then Murray Bradley.  At the time, only one other ad agency existed in Alaska.

I reverently referred to Conn as the “Silver Tongue Devil” after he coaxed me to move from Seattle to Alaska in 1973 to run his public relations division. Three and a half years later, I formed my own firm, BPPR. Even so, Conn and I remained friends through the years and I still looked up to him as one of my mentors, the other mentor being his partner Jay Rockey.

In 2014, Conn published his one and only literary venture — a book titled Here’s How I Got to be This Way.  A highlight was his account of building Conn’s Tiki, a homemade raft, and floating it 80 miles down the mighty Yukon River. Available through Barnes & Noble, the book offers a hilarious read about Conn’s adventures and misadventures through life, but in Alaska in particular.

Last year when Conn turned 90, I joined former Alaska PRSA Chapter President Erik Peterson to attend the festivities in Kelseyville, California. Conn was the same affable gentleman and creative genius he always was. It was a visit for the ages.

God Bless you, Conn, you are already missed.